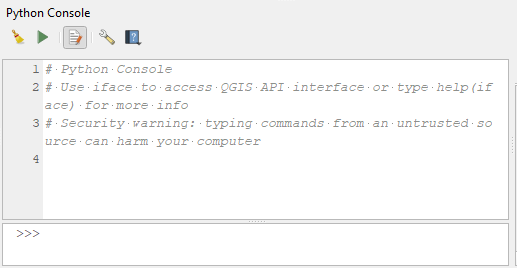 Welcome to my blog!

I’d like to start with a disclaimer – I may be a researcher of this very area but that doesn’t mean everything I do or write here will work for you, in your own desktop configurations and package versions. I have no responsibility if you lose data or mess up your installation. I also do not authorize any copies of my content.

Today, I am writing about an error I obtained while using QGIS 3.20 Python Console. I was trying to clip a vector layer populated with points I had just created, by an extent of the type $xmin,xmax,ymin,ymax$, using the tool Clip Vector by Extent, from GDAL.

First, I ran the following line, to set the tool parameters:

The variables “extent_final” and “output_path” were previously set. “points_layer” is the vector layer of the type shapefile in which the points I want to clip by the extent are stored. It was loaded previously, using the following snippet:

But, after setting the parameters, I ran:

and then, this error appeared:

And the resulting layer was not correctly generated.

Interpretation of the issue

Re-reading the error message, I noticed that GDAL, for some reason, tries to save the generated layer as a Multipoint shapefile, instead of, simply, a Point shapefile. For this reason, it is unable to write any of the features from the original layer on the new one, because their types do not match.

Checking on the QGIS documentation we can notice that there are four possible parameters to run gdal:clipvectorbyextent. One of them, “OPTIONS”, is Optional, and refers to GDAL creation options. Because the algorithm Clip Vector by Extent is based on the GDAL utility ogr2ogr, the options available for the original algorithm can be used to build the new layer through the Python Console as well.

Especially, one of the options is useful in this scenario. The “nlt” option of ogr2ogr defines the geometry of the generated file, which is just what we were looking for. In the case here shown, I simply added

to the $gdalparams$ Python dictionary. This tells GDAL that the layer to be created is a point layer, and it solved my issue completely. The code snippet shown at the start of this post was adapted by me as:

And when I ran the snippet above, the clipped point layer was correctly generated, without any errors or warnings.

Because sometimes the Python Console is the most practical way to perform a calculation, and this code snippet shown here is a small part of a large code. For this motive, it is not worth it to change the whole interface or language in which we are developing code.

This is not an issue. The code snippet used to load the vector layer does not list the layer on QGIS Layers panel, nor shows it in the map visualization. To do that, you should run

You should import the QGIS algorithms and the processing tool. See the snippet below: